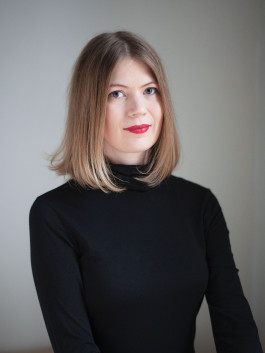 "In the nineteenth century, German Romantic painters often depicted human figures in the landscape as symbols of spiritual poles — axis mundis — to the heavens. Ligtermoet’s photographs, absent of human figures, symbolically paint the viewer into the frame as the connector moving through each place, seeing from the same viewpoint."

"Through fog, haze, and the blinding light, (Ligtermoet) portrays murky scenes that are hard to fully grasp, with invisible horizons and a reality that is tenuous, at best."

Born 1983 in Putten, The Netherlands. Lives and works in Helsinki, Finland.

"Questions about authenticity undoubtedly come to mind when considering contemporary photography. In the case of Dutch photographer Annick Ligtermoet's New York solo debut, 'De Verontrustende Wereld' (The Uncanny World), such speculation is complicated not only by the vintage aura of her black-and-white and muted color photographs but also by their presentation alongside aged private objects."

"(...) Ligtermoet's work can feel "authorless" in that her images and objects evoke the feeling of something you have seen or encountered before. Yet, understanding where or when that might have been is where her work confounds. One is always befuddled when encountering the uncanny, locating the origin of one's memory the work of a lifetime."